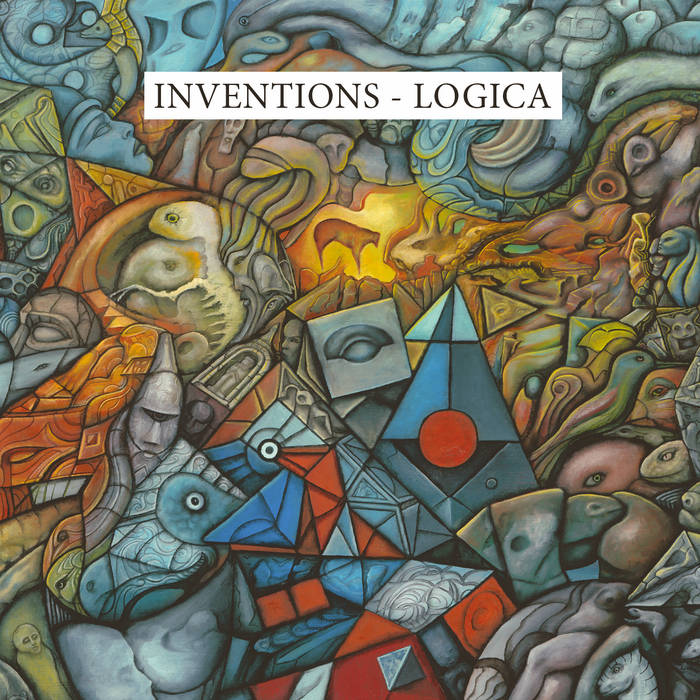 Sven B. Schreiber After "Meta" and "Curiosity", this is Christiaan Bruin's third "Inventions" album. The concept is the same as before, i.e. the songs deal with fundamental questions in the natural and human sciences, which is an interesting and quite unusual approach to lyricism in rock music. The music sounds as ambitious as could be expected from the liner notes. Actually , it chokes on over-ambition. I was worried after seeing two 13+-minute epics in the track listing, and my worries turned out to be justified. The title track is pseudo-prog nonsense stuffed to 15 minutes, and the pointless sax tooting contributed by Theo Travis doesn't make it any better. Things don't improve later on. The interspersed narration, while touching interesting topics, sounds like recorded from a medium wave radio through a cheap microphone, which wrecks all good intentions. Only occasionally the good old Christiaan Bruin genius glimpses through large-scale boredom. "Curiosity" was such a great album, but the desperately awaited follow-up is not even a shadow of it. It's another example of a needless "let's make a mega progressive album" aproach, which is always always always doomed to fail. Favorite track: Platonics.

Logica is the third album in the Iinventions series. Featuring Theo Travis (Steven Wilson, Robert Fripp, Soft Machine, David Gilmour) on saxophones and flute, the Rotterdam-based DOT Quartet on strings, and narrations by Andy Rowe (The Room), this is probably my most ambitious album since The Black Codex.
Recorded in two separate churches, an empty theater, a coffee roastery, two studio’s and a living room, ‘LOGICA’ has a symphonic, orchestral sound with influences of Mike Oldfield, early King Crimson and Steve Reich.

Christiaan states: "I wanted to achieve the organic sound of a big ensemble playing live, with narrations and layered vocals on top. The result is an immersive concept album about the deep links between mathematics, logic, language, perception, art and physics.”

Bandcamp Daily  your guide to the world of Bandcamp

New sounds from Mavi, Ivy Sole & Moderator, plus AJ, the One joins the show, for her latest release